In the unique level 4 Specialised Chef/Dutch Cuisine course, the menu includes: ‘what is sustainable and healthy’, ‘how important is the soil, ‘preparation from start to finish’ and ‘no waste’. Sous-chefs will venture out to source new products and preparations, and will conduct research. Everything they learn will be put into practice and vice-versa. Working … END_OF_DOCUMENT_TOKEN_TO_BE_REPLACED

For the occasion of the state visit to Italy by King Willem-Alexander and Queen Maxima and an accompanying trade delegation, Master Chef and Dutch Cuisine ambassador Angélique Schmeinck and Michelin Star chef Viviana Varese presented their vision on the future of food.

Placing the Dutch food culture on the map in a firm and sustainable manner is something that cannot be done alone – it takes collaboration; for instance with chefs and restaurants. But also with other individuals and organisations who influence our eating habits; from manufacturers to wholesale suppliers, and from policymakers to consumers. This diversity is reflected in the composition of the management, and among the ambassadors of Dutch Cuisine, but also in partnerships such as Green Deal, Eten op School (Food at School), and the Green Protein Alliance. It is solely by joining forces and entering into partnerships within all the links of the food chain, that we can genuinely optimise the sustainability of our food consumption. 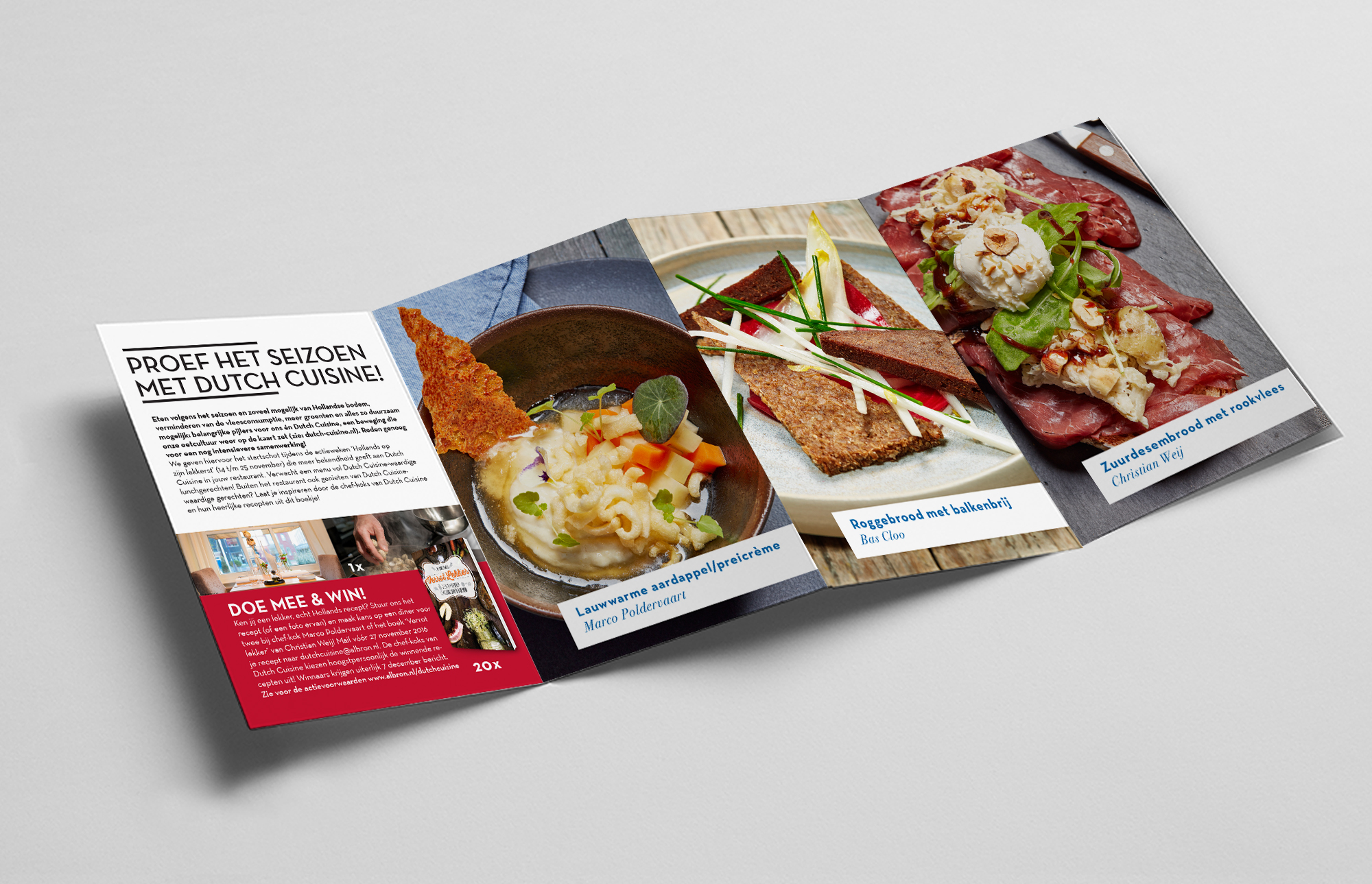 Between 14 and 25 November 2016, approximately 400 of Albron’s corporate restaurants took part in ‘Hollands op zijn lekkerst’ (Dutch at its most delicious): a campaign in conjunction with Dutch Cuisine. The menu comprised dishes that were prepared according to the Dutch Cuisine philosophy. Recipe cards by Dutch Cuisine chefs Marco Poldervaart, Christian Weij and Bas Cloo provided inspiration for over 100,000 guests who visited the restaurant during this period. A culinary competition, with the opportunity to win some fantastic prizes, rounded the proceedings off nicely. Dutch Cuisine chefs also hosted a number of workshops in several Albron corporate restaurants, with Marco Poldervaart and Bas Cloo conjuring up some delightful dishes for their guests, together with the chefs from Albron.